And you thought this blog was dead, no?

There are a few more mods planed for the old 996 this season.  It’s time to get rid of the old seats and put something in that will give me the support and control I need now that the car is cornering and braking better. 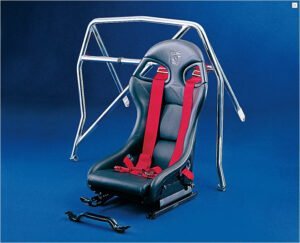 Keeping with the OEM theme we will be going with a set of original GT3 seats.  The decision to go with leather (nice for street) or the more grippy fabric has not been made.  A nice compromise may be a leather GT3 seat with Alcantara inserts for grip.

Factory GT3 seat mounts and sliders have already been obtained (via ebay) and a set of Schroth belts from my old race car will be converted for use with these.  Schroth (pronounced “shroate”) sells harness ends that will convert the belts from snap in to Porsche type ends for use with the factory mounting points. Just as where delivered on the optional GT3 competition harnesses. 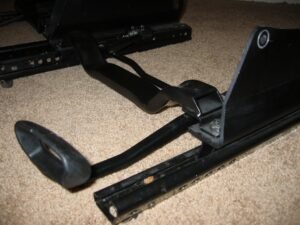 Porsche GT3 Cup Cars come with Schroth belts direct from the factory. They are specific because of the lap belt attachment. They have a sewn-in bracket that fits perfectly on the factory mount. Standard belts require additional fabrication and a spacer to make them work. 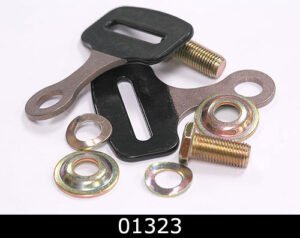 A few more mods coming this way in 2010 are; partial roll cage or harness bar, new video/data system, more suspension upgrades, minor interior mods, and possibly new / wheel tire combos.   Also the old engine may need a bit of attention as there is a slight lifter noise and a broken exhaust stud to fix which should address the small exhaust leak. So while we’re under there, might headers, X51 pan baffles, and firmer engine mounts be in store?